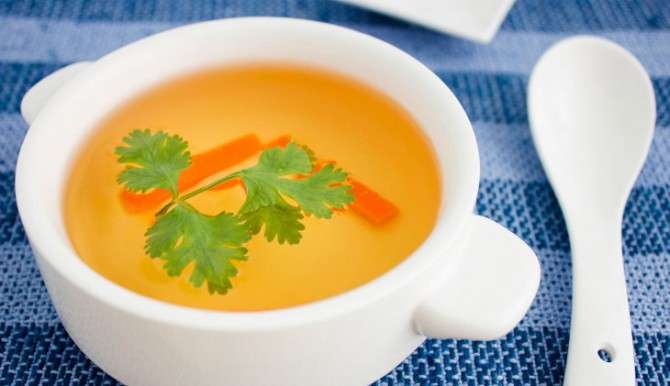 From food poisoning, neither children nor adults are insured. Intoxication of the body is a very serious phenomenon, the treatment of which must necessarily take place under the supervision of a specialist, because the consequences of poisoning can be the most terrible.

Food poisoning can be a consequence of consumption: poor-quality, dirty or overdue food; poorly cooked foods (undercooked meat, mushrooms); some unprocessed products (eggs, milk, cottage cheese). The cause may also serve as individual intolerances to humans and diseases of the gastrointestinal tract.

Food poisoning can be recognized by the following features:

At the first signs of food poisoning, you should immediately consult a doctor. The specialist should find out the severity of food intoxication and promptly conduct the necessary procedures to neutralize the symptoms. It is from this that the condition and the further speed of recovery of the patient will depend.

If food poisoning does not seem serious, should limit meals, wash the stomach with a weak 2,5% solution of potassium permanganate and take sorbents (activated charcoal or polysorbate). In addition, it is very important to start therapy for water balance reimbursement as soon as possible. This can be done with the help of the drug Regidron. If the victim does not feel better in the near future, you should immediately seek help from a doctor.

The next stage of the gradual recovery after food intoxication is a therapeutic diet.

The right diet for food poisoning 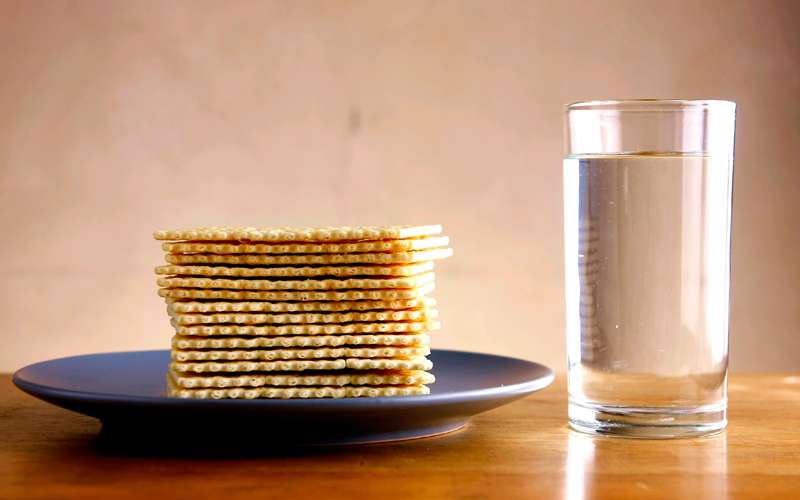 The first days after food poisoning are the most difficult not only because of the perceptible effects of intoxication, but also because at that time you will have to observe the strictest diet. Be sure to drink as much liquid as possible: in order not to cause repeated attacks of vomiting, you need to drink a couple of sips every 5 minutes. This should be done in order to remove from the body naturally the toxins that caused poisoning.

With food poisoning, the diet is prescribed with the aim:

What can you eat during a diet after poisoning? After three days, you can start eating small portions of boiled rice and buckwheat porridge, boiled vegetables, as well as low-fat broth. If this food is taken by the stomach, you can start to include in the menu and other dietary products.

Important: first time the food should be cooked on water or steamed, and served in a liquid form, completely eliminating products that promote fermentation in the organs of the digestive tract. It is extremely important to drink plenty of fluids during a diet.

How many days should I follow a diet after poisoning? 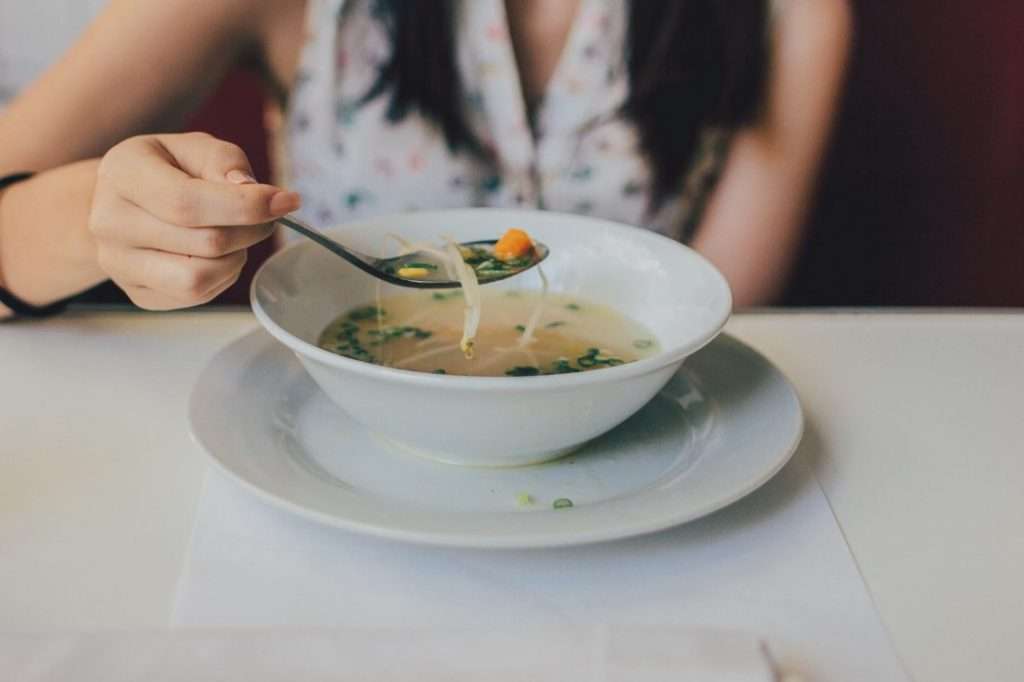 The basic strict regime is the first three days of discharge, then several days of adaptation to a more complex dietary diet. A week after food poisoning, if the doctor finds the patient’s condition satisfactory, then gradually begin to return to normal diet.

During the diet should be guided by some general recommendations: 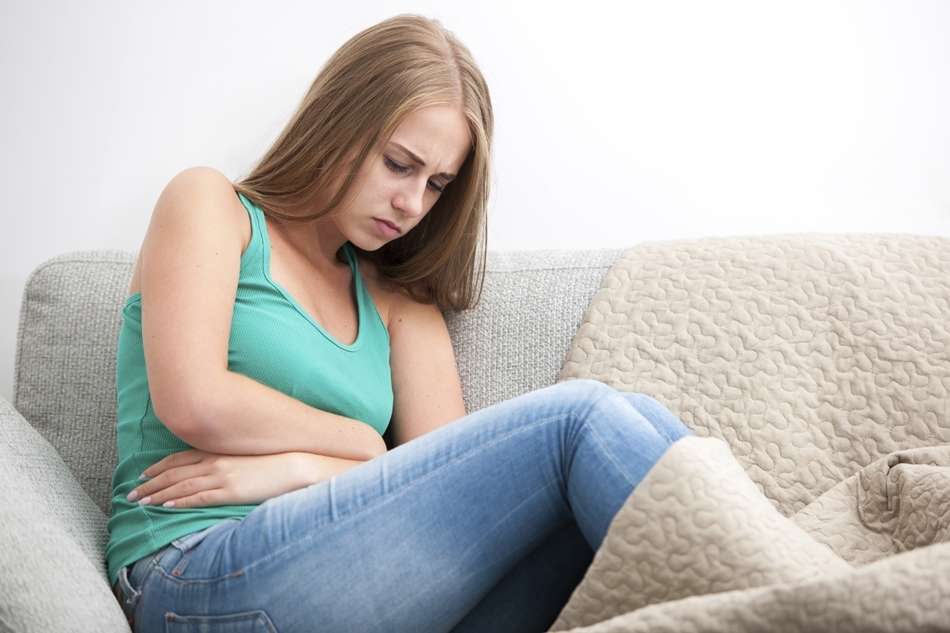 By itself, food poisoning is a blow to the body, which must be taken very seriously. Negligent attitude towards one’s own health can lead to the most unfortunate consequences.

First of all, it is necessary to know, what products are categorically contraindicated in food poisoning. These include sharp, fried, fatty foods and conservation. For a while, you will have to forget about fiber-rich plant foods. It will cause irritation and aggravate the inflammatory process. Bread, fresh bread, confectionery products – all this is prohibited, because it lingers in the intestines for a long time and forms excess acid, leads to fermentation.

The basic menu after food poisoning in an adult for a day:

Diet after intestinal poisoning in adults should be formulated with caution, the regimen should be as gentle as possible. It is necessary to avoid the feeling of glut. After cleaning the intestine, you should try to return it as smoothly as possible to the usual activity. 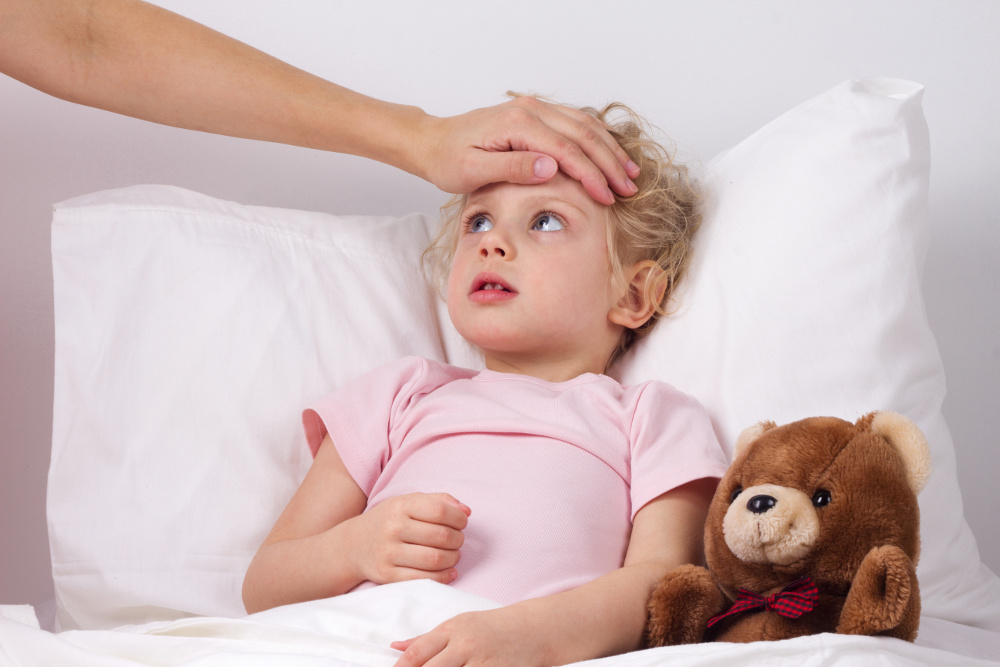 Often, food poisoning affects the smallest. The reason can be not only poor-quality food, but also non-compliance with the rules of basic hygiene. The diet after poisoning in children will be as strict as in adults: for domestic poisoning – from three days to a week, and up to several months if food poisoning is associated with a number of violations of the work of other organs.

Symptoms of food poisoning in the baby: frequent vomiting, diarrhea, fever, lethargy, and abdominal pain. In isolated cases, convulsions and loss of consciousness are noted.

Famous television pediatrician Eugene Komarovsky the first day after food poisoning in a child strongly recommends that you exclude from the diet all food, leaving only a plentiful drink. It is possible from time to time to give the baby a pharmacy regridron. If after taking a suspicious product a little time has passed – you need to try to induce a vomiting attack, and if it does not work out – give the kid activated charcoal.

Immediately call a doctor if the following symptoms occur:

Parents should pay attention to the fact that children should not be forced to eat after food poisoning if they refuse. This rule also provides for a diet after poisoning in children according to Komarovsky. If the baby refuses food, then the process of removing toxins from the body is not yet complete, and fresh food can only exacerbate the condition.

Recommendations for diet therapy after food poisoning in children:

Menu after food poisoning in children, an example for one day:

Diet after child poisoning makes it possible to minimize the harmful effects of certain foods on the weakened body of the baby. Nutrition after food poisoning should be subject to close monitoring by parents in order to avoid a repeated incident. Also, the child should be given the most attention, because this state is new for him, and the parents’ care will be at the right time.

Features of the diet after poisoning with mushrooms 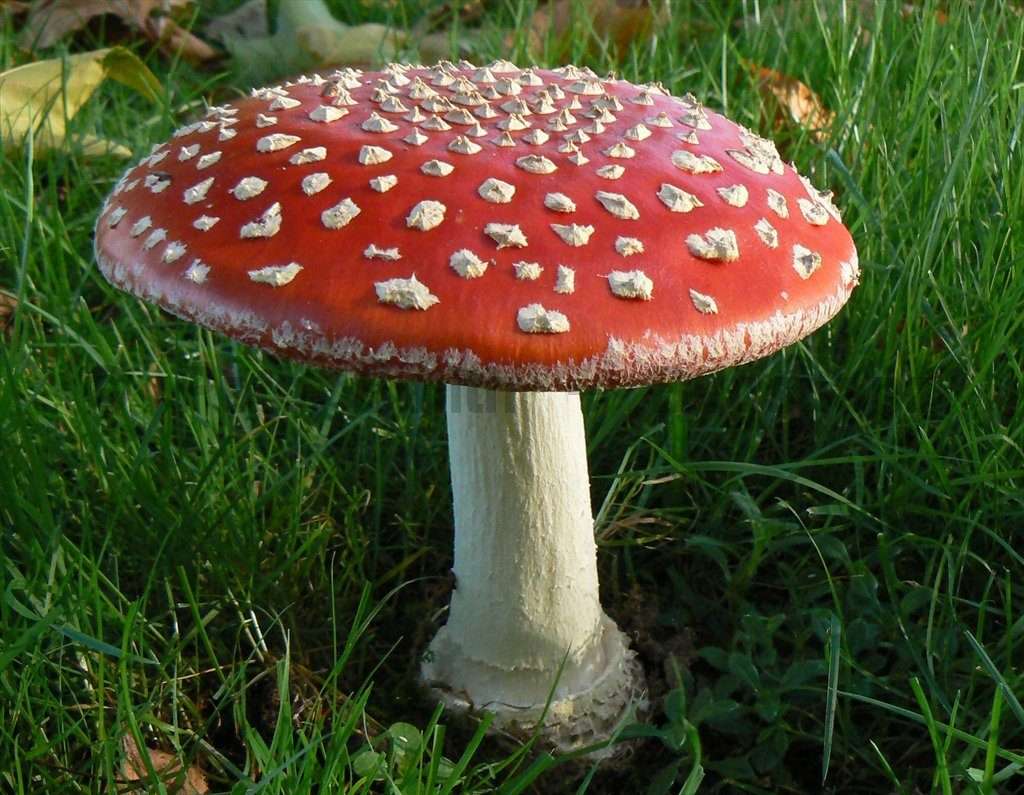 It’s no secret that among the tasty and useful fungi sometimes grow poisonous species, and to distinguish them, you need to understand them well. The most common fly agarics and pallid toadstools. These are very dangerous fungi that can result from food intoxication to damage the nervous system or even to death. Therefore, in the case of their use, even in minimal quantities, immediate medical attention is required.

Before the arrival of the ambulance crew, it is necessary to give the affected person activated charcoal at the rate of 1 gr per 1 kg of body weight. If there is no diarrhea, then call it laxative drugs. In this case, do not be afraid of diarrhea or vomiting – this is a natural reaction of the body to remove the toxic product.

After a series of procedures, the patient is recommended bed rest and moderate nutrition. The first day – hungry, the second – on the broth with breadcrumbs of white bread. On the third day in the menu you can add porridge on the water, jelly and steam vegetables. Go back to the usual diet will be two weeks or more. 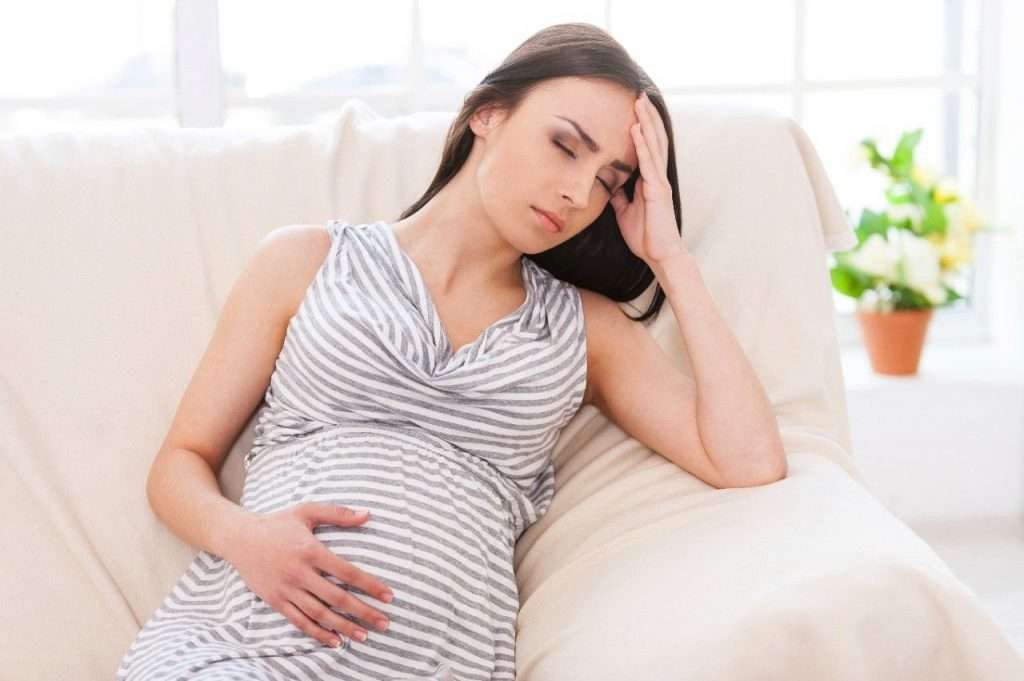 Diet after poisoning during pregnancy is a frequent occurrence. Often, future mothers try to buy unusual products, including foreign fruits and vegetables. They are often oversaturated with nitrates. Or, going for a walk in the warm season, buys baking or fast food on the street, forgetting that when the heat develops, the pathogenic bacteria develop much faster.

If you have these symptoms, you should urgently go to a medical facility for help.

Basic actions before the arrival of the doctor:

After helping and disappearing signs of food intoxication, you should forget about fried, smoked and spicy food for a while. We will have to confine ourselves to watery porridges, vegetable purees and steam bits. 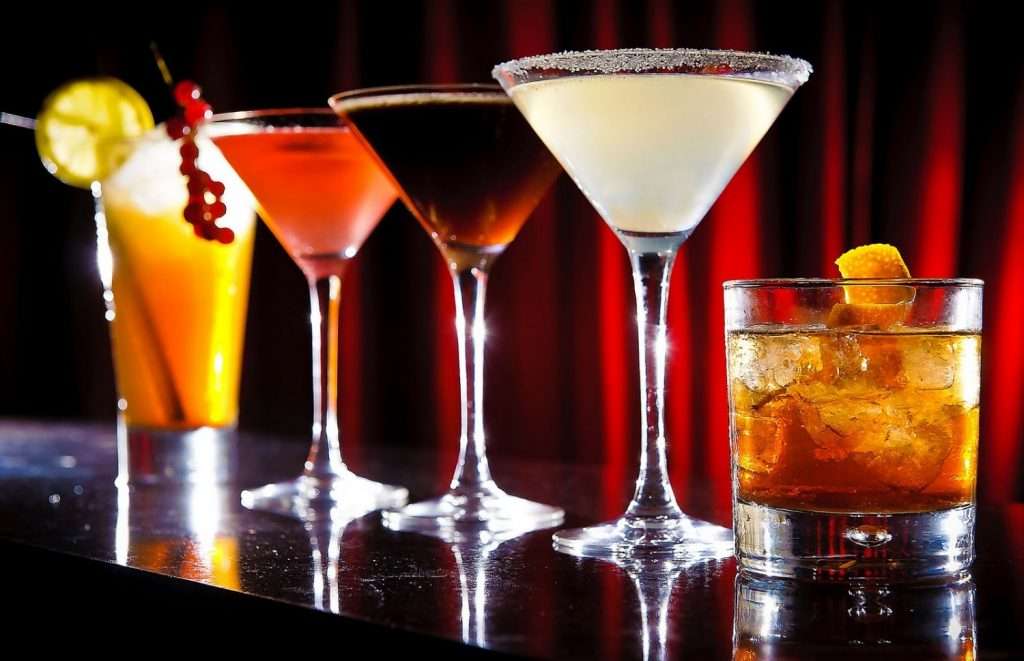 Poisoning after the holidays is a common phenomenon. It is not always caused by the abuse of alcoholic beverages, often alcohol intoxication caused by surrogate products. Dangerous alcohol poisoning is not only a general intoxication of the body, but also liver damage.

The basics of nutrition for recovery after alcohol poisoning:

In order to avoid food poisoning, carefully monitor the quality and shelf life of products, pay due attention to storage conditions.

An effective method of getting rid of excess weight is the apple diet, with which you can "say goodbye" to 7-10 for just a...

Soon a wedding celebration and you want to impress everyone with ideal parameters and eclipse your girlfriends with beauty and grace? Or do you dream...