Diet and nutrition for stomach cancer

Oncology has long since passed from the category of rare pathologies into a common disease that affects people regardless of age, social status and lifestyle.

Malignant tumors can affect any organ of the human body, including the stomach.

Modern diagnostic methods can detect cancer at the initial stage, when it is still possible to fight with it, and diet plays an important role in the successful outcome of treatment.

What kind of diet is needed for stomach cancer, what should be excluded from the diet?

What products contribute to the recovery of stomach cancer, a menu that will support strength during illness and during rehabilitation. This article will explain this. 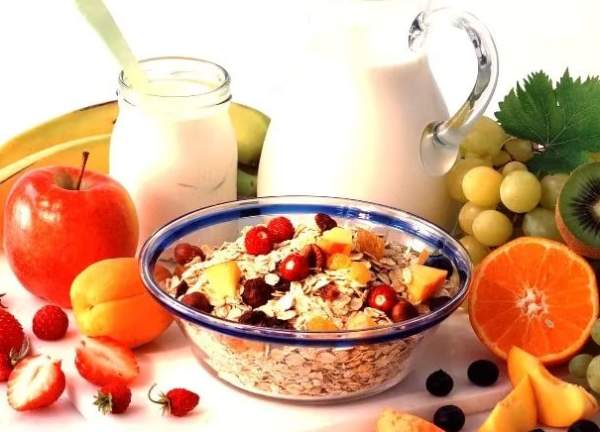 How to eat with gastric cancer

With stomach cancer, nutrition should be directed to prepare the body for surgery, strengthen weakened immunity after chemotherapy, restore strength in the rehabilitation period.

It should be clearly understood that the diet is not appointed for one year, perhaps it will have to be observed for the rest of life.

Once diagnosed with cancer, the menu excludes all the heavy food for the stomach: refined foods, animal fats, dough products, sweets, alcohol, smoked products, sausages and sausages, marinades and sauces.

All products that contain artificial flavors, sweeteners, flavor enhancers and other additives with the designation E are categorically forbidden to use.

Food for stomach cancer should not irritate the mucosa and overload the digestive organs.

There are often better, but portions should be very small, preferably, that breaks between meals are the same. Be sure to reduce salt intake.

These substances are able to inhibit the reproduction of cancer cells, there are a lot of them in red cabbage, salad beetroot, eggplant, blackberry, blueberry, elderberry, black chokeberry, dark grapes.

They must be included in their menu when cancer. Other products shown to the user:

Carrot-beet juice is useful in carcinoma of the stomach. Beet juice must be left standing for several hours before use, then it is mixed with carrot in the ratio 1: 1.

Take first by 1-2 tablespoons, gradually bringing to a glass.

All listed products should be free of chemical additives, fruits and vegetables seasonal; in greenhouse vegetables and apples, which are sold in supermarkets until late spring, there are no substances useful for the stomach.

Diet before and during the postoperative period

Gastric cancer is treated most often surgically, before and after the operation, chemotherapy courses are needed, followed by a recovery period.

At this time, even more attention is drawn to the patient’s diet.

For 3-4 weeks before surgery for stomach cancer, it is recommended to consume a lot of protein foods to strengthen the body, as well as vegetable food for thorough cleansing of the intestine. Useful for the stomach will be if the food is mashed, in the form of mashed potatoes.

The operation with cancer consists in resection of the stomach – removal of that part of the organ that is affected by the tumor.

After the operation, the first day is shown hunger, then the patient is injected with a protein probe special protein nutrition to compensate for the loss of the body protein.

Then gradually begin to fill the stomach with the usual food. Since after removing a part of the stomach, its volume has become much smaller, it is very slow to eat the patient, start with baby food.

After 2-4 weeks after the operation for resection of the stomach, depending on the patient’s condition, he is given a diet, which he will observe for several months.

From the diet it is necessary to exclude all products that could not be consumed before surgery, after resection, the body’s recovery lasts from two to seven years.

To avoid recurrence of stomach cancer diet should be observed throughout life.

To treat stomach cancer before and after surgery, the patient undergoes several courses of chemotherapy, which is aimed at slowing the division of malignant cells.

This is a rather severe treatment, potent drugs cause nausea and vomiting, appetite is lost, often there is an aversion to food.

In this situation, it is not easy to force a person to eat, nevertheless, nutrition in this period is simply necessary.

Basic principles of nutrition during the introduction of chemicals in cancer:

With stomach cancer of the third degree, when the tumor process covers all layers of the stomach and the fourth degree, with metastases to other organs, an even more strict diet is needed.

Often the last degrees of illness deprive a person of the desire to eat, and only temporary improvements in well-being allow at least a little to feed the oncologist.

You can give him rubbed soup, boiled vegetables in the form of mashed potatoes, baked apples, low-fat yogurt or kefir, fruit jelly.

Diet after surgery and recipes for cooking dietary foods

As already mentioned, the diet after removal of a part of the stomach is appointed for good, not only the quality of life but also life itself depends on its observance.

Returning to the usual diet for a patient after a previous illness can be one of the causes of cancer recurrence.

Approximate menu for the day after removal of part of the stomach:

Stomach cancer is a serious disease, but it is not an excuse for refusing your favorite dishes. A few months after the operation, the diet expands, various foods are introduced, from which it is possible to prepare meals that the person who is ill will take with pleasure.

Some recipes of dishes to diversify the food of patients after removing part of the stomach:

Fish fillet and carrots boil in salted water with the addition of bay leaf. Cool and pass through the meat grinder, mix well, add a little butter. Before serving sprinkle with finely chopped green onions.

The fillet is very thin. From milk, flour, boiled eggs, prepare a thick sauce. On sauteed fillets lay the sauce, roll and boil for a couple. Serve with vegetable puree or viscous cereal, sprinkle with herbs and dill, parsley.

Prepare the mashed rice porridge. Boil the meat, pass through the meat grinder several times, combine with the porridge. Add the egg yolk and butter, mix well. Separately whip the protein, enter it into the stuffing. Put it in the form and steam it.

Given the condition after removing part of the stomach, food should remain fractional, up to 6-7 once a day.

Cancer is not always a verdict. After a successful operation, if the cancer was found on time, the patients can live for many more years, provided that there is proper nutrition and compliance with the doctor’s recommendations.

Diet with a kidney cyst

To get the maximum result in the treatment process, it is necessary to approach this issue in a comprehensive manner. Therefore, a diet with...

Grapefruit is a product with unique healing properties. Thanks to its special composition, it activates the protective functions of the body, thereby removing excess...

For emergency weight loss, when you need to get rid of 2-5 extra pounds in a few days, you should try a kefir diet....